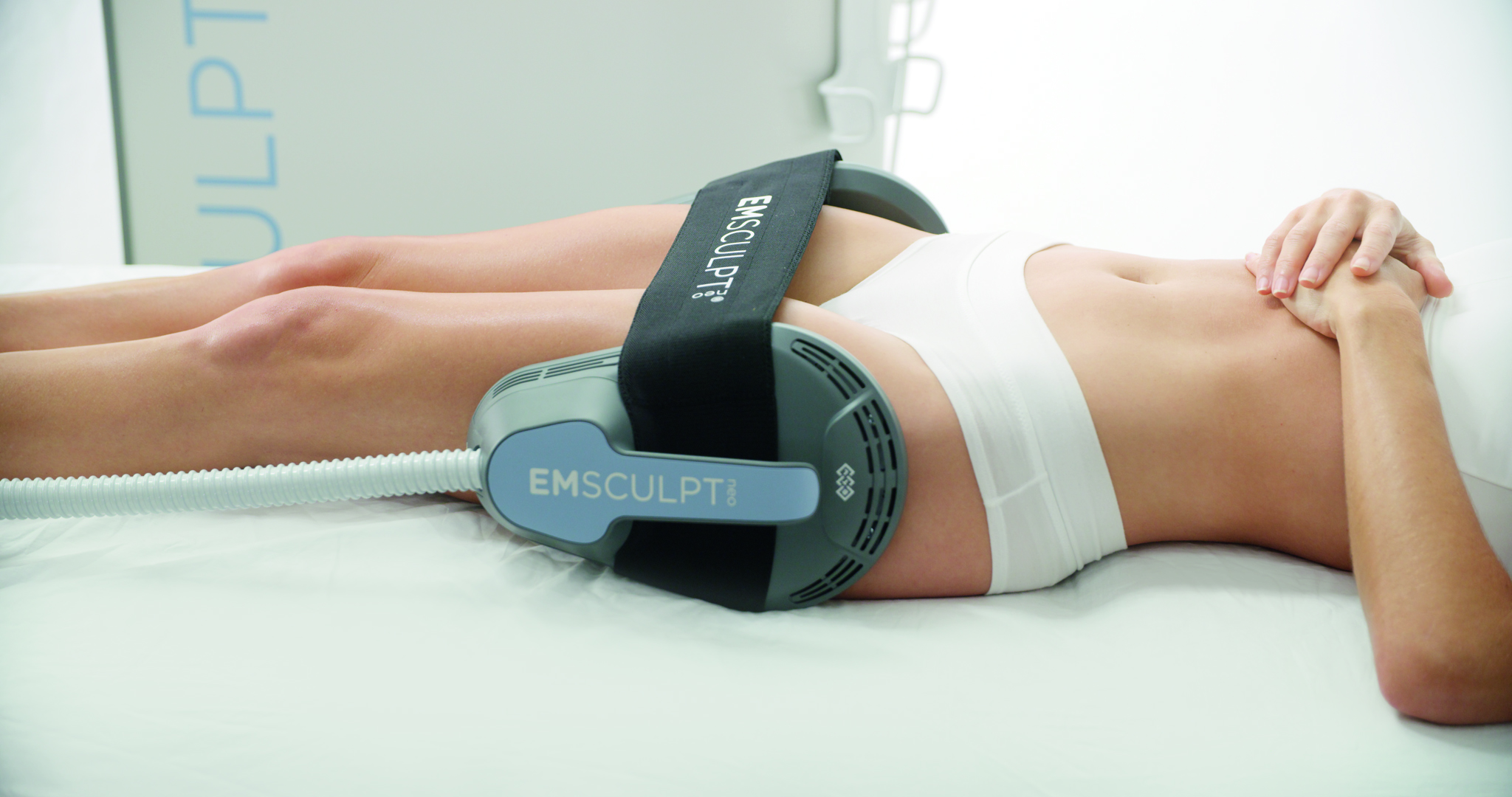 What can possibly be done for saddlebags?   Saddlebags are the outer circumference, the outer aesthetic line of your pelvis from your waist, down through your hips, sloping into your outer thigh. Saddlebags are very difficult to resolve, and even more so after childbirth.   Many people have no idea what to do to get rid of those saddlebags.  If you have saddlebags before childbirth, you are already fighting an uphill battle. You can go to the gym, but it's a hard spot to isolate with exercise.

Squats target the top of your thighs and your glutes.  The abductor machine gets a little lower, closer to your IT band connecting into the outside of your knee. But it's hard to get that saddlebag area. You can get it through ballet type of exercises, and you would have to work the glute Medius quite a bit. You could do a lot of clamshells where the strap is around your thighs, but it's tricky. It's a tough area and it's tough to isolate fat loss.

So, what do we do about that getting rid of those saddlebags.   You could spend more time in the gym. That's what some people do but there are going to be people that say it can't be done and you can’t really change it. It's just the shape of your body and it is the way your mother was, your aunt and your grandmother.  Some women are very narrow on the upper body in their ribcage and their waist.  Then they have saddlebags out below the pelvis, below the hips.  This is called a pear- shaped body.  Men have a different shaped pelvis, and we usually don't see saddlebags on men.

Men get that belly - that dad bod, that beer belly. Men get the muffins on the side and love handles too.   But women have different shapes. The biological sense of the body in women have the need to hold on to that fat and soft tissue.  Through evolution, women need to hold on to some of that to procreate to have babies. But it doesn't mean that we like it and maybe you're not thinking about babies right now. Maybe you're just thinking you wish you didn't have those saddlebags.

EMSCULPT NEO is a new technology machine and it's awesome. It's different than CoolSculpting. CoolSculpting reduces fat but sometimes has side effects. The Emsculpt Neo reduces more fat with no side effects, and it also builds muscle and as a bonus tightens skin. The paddles of the machine are put on the location that we're working on.  Many people know about EMSCULPT NEO or CoolSculpting because they want to work on their belly.

But EMSCULPT NEO has different applicators. So, we can put it on smaller areas such as your outer thighs. We can put this on the top of your thighs, on your hamstrings, on your calves or we can put it on your biceps and triceps.   However, right now we want to focus on those saddlebags on the outer thighs.   We put them on, a pattern goes on each side and Velcro’s on tight.  It warms the skin.   You will feel that warmth and then you'll start to feel the contractions.  You are going to get 1000s of contractions within 30 minutes.  You should do four sessions minimum. Some people do 6, 8 10 or 12 sessions.   But four is where most people start, and you come in once a week and do the 30-minute session.  During that session, you will get 1000s of contractions that you would have never been able to do at the gym on your own. It's going to work those muscles and stimulate your existing muscles to be stronger and fuller with more strength and vitality than they have had in years, Six months after the four treatments, you are still going to feel it.

Some people are reporting they still have the benefit up to a year after the four treatments.  People do come in and do touch ups because they like it, but they already have results after four treatments or six treatments. This technology is awesome. It goes on the outer thigh, and it starts to melt the fat a little bit at a time - a centimeter. It gets reabsorbed to the body, and at the same time it's sculpting, contracting and giving you that beautiful contour that silhouette down your body that you're missing. I would also recommend that you do it on your inner thighs if you're going to do it on your outer thighs because then you get the whole shape. But the outer thigh with the saddlebag is the way to go if that's your problem area.

To connect to us just go to my website and somebody from my team will get back to you.  We can figure out what your goals are and make a custom treatment plan that suits your needs. You'll feel it working your outer thigh and you'll know how deep it penetrates into the muscle into the problem area and you're going to go wow, that is so specifically going right where I need it. 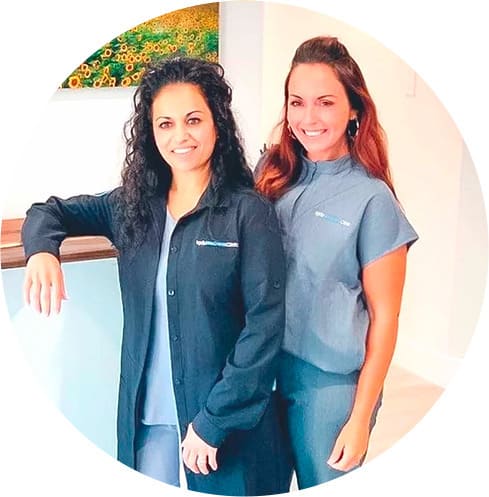 Wellness starts with a body that is in balance